PCMA will present a special virtual guest masterclass by professor Akemi Takayam from Shenandoah University, Virginia on July 9, 2021, 12pm PT.  The two student quartets from the workshop will be performing the Beethoven Op. 18 No. 2 & No. 4 Quartets for the masterclass. The event is open to the general public (Zoom ID: 729 677 0121)

“Takayama demonstrated the intuitive synergy of grace and grit in violin artistry”
— The Violinist.com

Akemi Takayama is known worldwide for her musical artistry and passion as well as for the extensive range and versatility of her repertoire. With a unique blend of warmth and excitement, her masterful performances have enthralled audiences throughout Japan, China, France, England, Turkey, Israel, and the U.S. She has enjoyed a varied career, performing in major concert halls worldwide. She was a member of the prize-winning Audubon Quartet for thirteen years, which was critically acclaimed by The New York Times. Currently the concertmaster of both the Roanoke Symphony and the Williamsburg Symphony Orchestra, Takayama is also an Associate Professor of Violin, holding the Victor Brown Endowed Chair in Violin, in the Shenandoah Conservatory at Shenandoah University, where she works with private students and chamber groups.

A native of Japan, Akemi Takayama showed promise as a violinist from an early age, beginning her performance career at age 15. In Japan, she studied with Toshiya Eto and Ryosaku Kubota at the Toho School of Music in Tokyo, where she earned a bachelor’s degree in music performance. In the United States, she earned a Professional Studies degree at the University of Wyoming, studying with Brian Hanly. During her graduate studies, Takayama was a teaching assistant to famed violinist and pedagogue Donald Weilerstein at the Cleveland Institute of Music, where she earned both the Artist Diploma and a Master of Music degree.

Praised by Isaac Stern as a “true musician,” Akemi Takayama was invited to participate in the Marlboro Music Festival in 1997. Recent solo performances with orchestras include Daugherty’s Fire and Blood and Ladder to the Moon, Mendelssohn’s Violin Concerto and Double Concerto, Vivaldi’s The Four Seasons, Piazzolla’s The Four Seasons of Buenos Aires, Pärt’s Fratres, Bach’s Violin Concerto in E Major, Chausson’s Poème, Saint-Saëns’ Introduction and Rondo Capriccioso, Beethoven’s Violin Concerto and Triple Concerto, Brahms’ Double Concerto for Violin and Cello, Mozart’s Violin Concerto #5, Roskott’s Violin Concerto, and Barber’s Violin Concerto. In addition to concert seasons with the Roanoke Symphony Orchestra and the Williamsburg Symphonia, recent collaborations include the Opera Roanoke, Shenandoah Performs, the Chamber Orchestra of Southwest Virginia, and the New Orchestra of Washington. Takayama was a member of the internationally celebrated Audubon Quartet for fourteen years, during which time the group toured regionally and nationally and made a number of CD recordings on the Centaur and Composers labels.

Active as an educator and arts advocate throughout Virginia, Takayama has served as the chair for College Advisory Committee for the Virginia String Teachers Association. She has served on the faculties of the Chautauqua Institute in New York, the Idyllwild School for the Arts in California, the Brevard Music Center in North Carolina, Shenandoah Performs in Virginia, and Virginia Tech. In addition to teaching on the faculty at Shenandoah University (since 2007), Takayama was invited to teach at the Oberlin Conservatory in the fall semester of 2012. An inspiring educator, Takayama has taught countless violinists who now have successful careers performing chamber music and playing in orchestras. Many of her students have been accepted to pursue Master of Music or Doctor of Musical Arts degree studies at schools such as Indiana University, Boston Conservatory, Oberlin, Florida State University, Case Western Reserve University, University of North Carolina at Greensboro, University of North Carolina School of the Arts, East Carolina University, and The Catholic University of America.  Akemi Takayama has recorded many solo performances on CD with Blackwater Recording and Centaur Records. Her recent projects include recording the Roskott Violin Concerto, and her performances of Beethoven’s Sonatas for Piano and Violin and Sonata Duo, with renowned pianist John O’Conor. She plays on a Santino Lavazza violin made in 1714 and a Francois Xavier Tourte bow kindly loaned by the Ryuji Ueno Foundation and the RJ Fund. 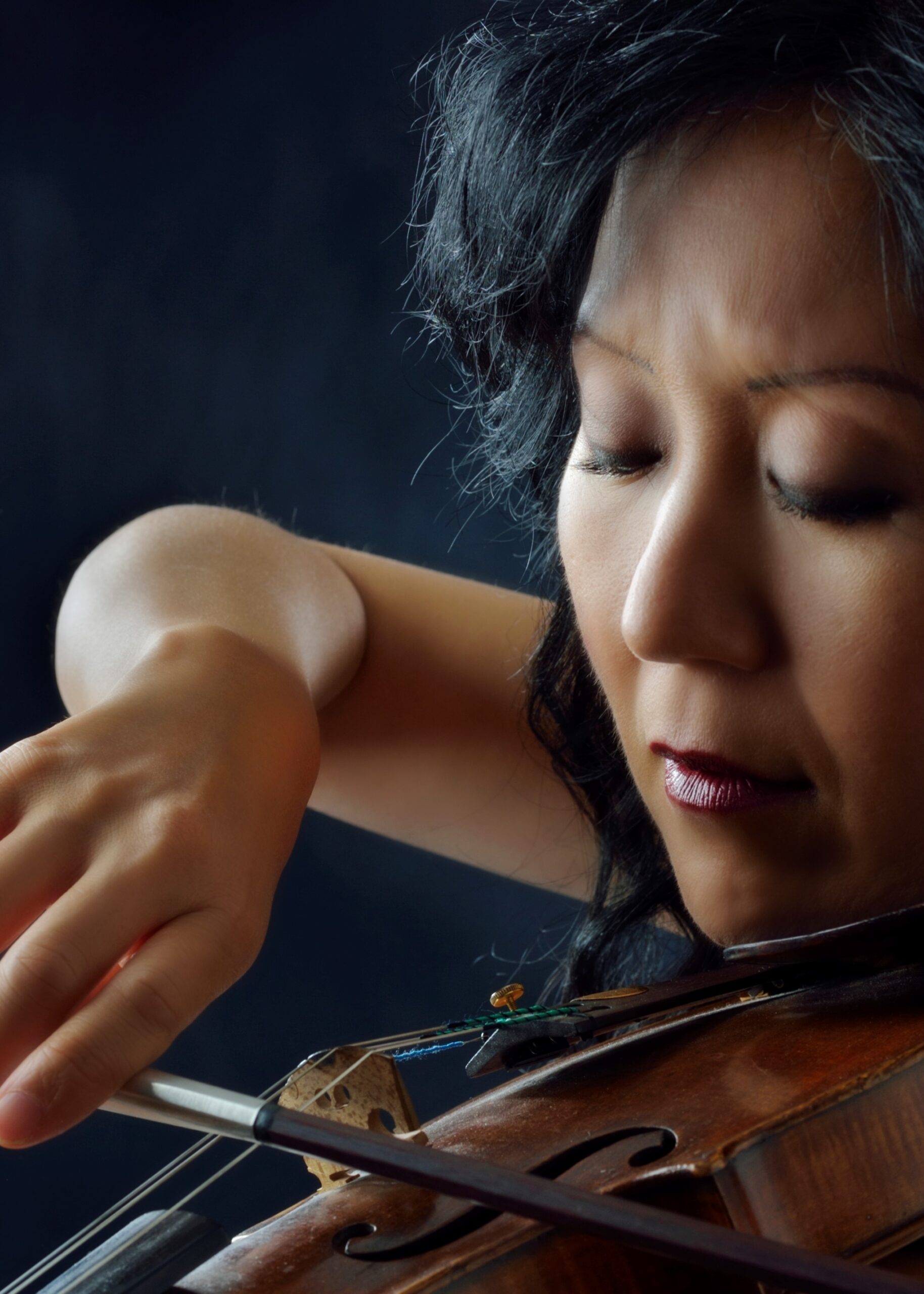