Among other things, classical music increases the calming alpha waves. The Alpha brainwave state is actually considered the brain’s most normal functioning state. However, living in a fast pace society, we seem to spend less and less time functioning in alpha. One consequence of this is the brain actually forgets how to produce alpha waves.

Generating more alpha waves makes you feel less anxious and more relaxed as the harmony between your mind and body is restored. Scientists have shown that highly creativity people like artists, actors and even entrepreneurs tend to spend more of their time in alpha brainwave states. This is because creativity requires a surge of alpha brainwave activity.

Alpha states happen whenever you get that “aha” or “eureka” moment of a compelling new idea, which gives you the inspiration necessary to literally create something out of nothing. The brains of creative people tend to get a burst of alpha activity when faced with a problem to solve. However, this does not happen for most people who are not creative. 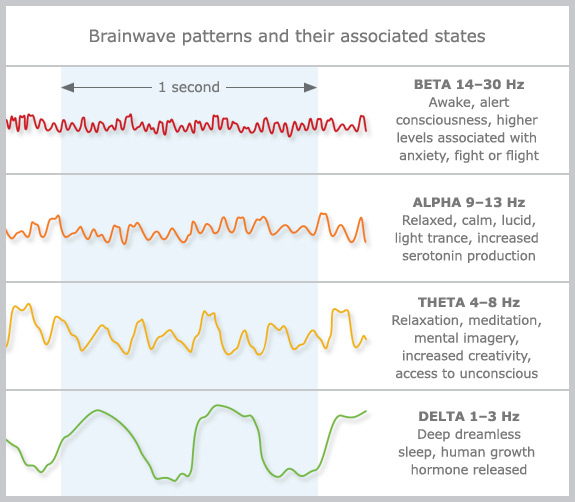