Music areas of the brain are closely associated with auditory and speech areas of the brain. These are predominantly the hypocampus, cerebellum, and the parietal lobe for music which are linked to our left frontal lobe where the broca area is located which deals with speech production and articulation.
Also connected by neural pathways is the posterior superior temporal lobe where the Wernicke area is located and has to do with sequencing information which affects both language and music. 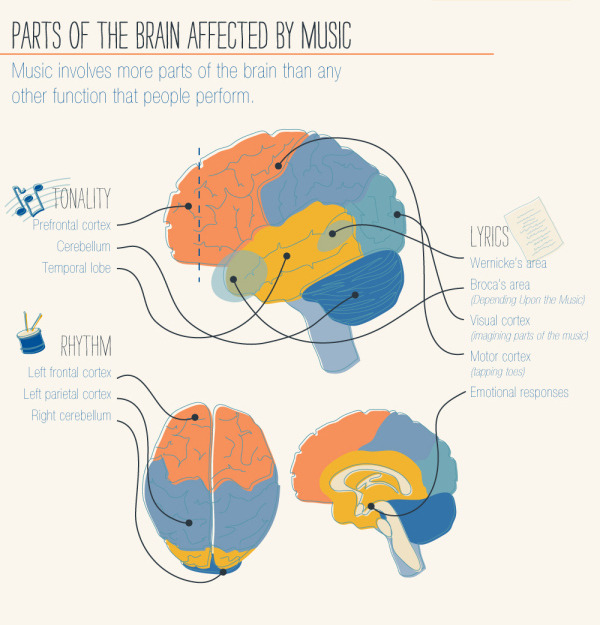