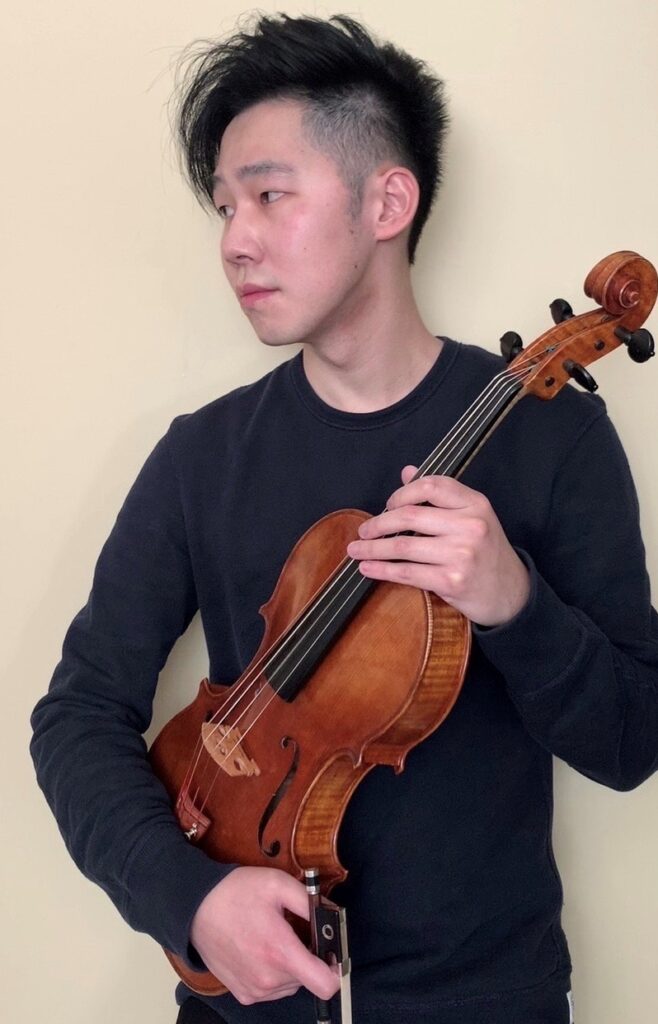 Born in Taiwan, violist Calvin Yang started on violin in his childhood and switched to viola upon the
acceptance of the music program in elementary school. Moved to Vancouver, B.C. in 2004,
Calvin continued his study with Isabelle Roland, as well as participated in chamber and
orchestral programs at the Vancouver Academy of Music. After studying with Joanna Hood of
the Lafayette String Quartet and earning the Bachelor of Music from University of Victoria in
2016, he has graduated from McGill University with Graduate Diploma and Master of Music in
Performance under the tutelage of André J. Roy in 2019.

Calvin has participated in masterclasses at Sion Academy Tibor Varga Music Festival in Switzerland and Mozarteum
International Summer Academy in Austria, as well as chamber and orchestral programs such as
National Youth Orchestra Canada, Vancouver Symphony Orchestral Institute, Quartet Fest West
by Lafayette String Quartet in Victoria, Chamber Music Institute by Andrew Dawes in
Vancouver, and many others. Upon the completion of his musical studies, Calvin now resides in
Vancouver and performs regularly with the Vancouver Island Symphony Orchestra in Nanaimo,
Kamloops Symphony Orchestra, Vancouver Metropolitan Orchestra, and many other local
performing events. Aside from teaching privately, Calvin has been working as an assistant for
the Junior Strings of the Richmond Delta Youth Orchestra.