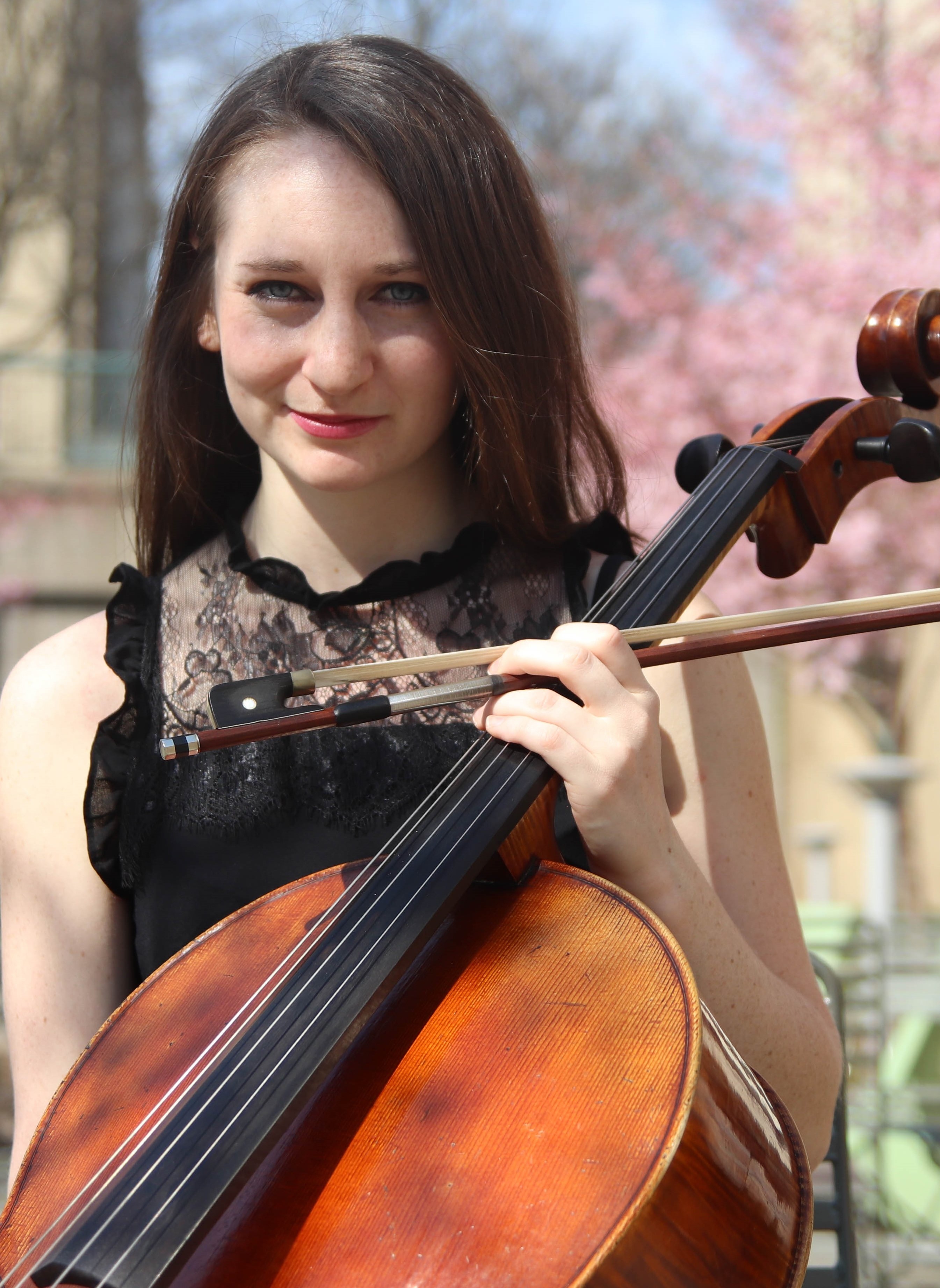 Eva Ribchinsky was born in New Haven, Connecticut and began her cello studies at the age of 6 with her mother, Julie Ribchinsky. Eva holds an undergraduate degree in cello performance from the Cleveland Institute of Music which she completed in 2016, and a Master’s degree in music from Carnegie Mellon University which she completed in 2018. Her principal teachers have included Anne Martindale Williams, principal cellist of the Pittsburgh Symphony Orchestra, Richard Weiss, assistant principal cellist of The Cleveland Orchestra, Dr. Kangho Lee, and Dr. Katie Schlaikjer. Eva has taken part in various masterclasses with renowned cellists such as Alexander Kaganovsky, Vladamir Penteleyev, Anzel Gerber, Timothy Eddy, Allison Wells, Mihai Tetel, Natasha Brofsky, Paul Katz, Julia Lichten, among others.

Eva has performed in many recitals and concerts throughout the USA, Europe, Canada, and Mexico, including performances at the Auditorium Giovanni Arvedi (Stradivari Museum) and the Pallacio de Bellas Artes in Mexico City, along with performances in numerous orchestral settings including the Carnegie Mellon Philharmonic under the direction of Andres Cardenes, Orchesta Filharmónica de Jalisco, the Erie Philharmonic, the Cleveland Institute of Music Orchestra, the JVL SSPA Festival Orchestras, and prestigious symphony orchestras throughout Connecticut, among others. An advocate in new music, Eva has performed in many concerts with the CMU Contemporary Music Ensemble under the direction of Daniel Curtis. An avid chamber musician, Eva utilizes her love of chamber music through both international and local performances, education, and outreach. She has performed in numerous chamber music recitals throughout the United States and Europe. She was a founding member of the Cleveland Cello Quartet, a genre-bending ensemble of CIM graduates, which was the Ensemble-In-Residence at The Music Settlement in Cleveland, OH. Eva has recently worked with celebrated artists including Anne Williams, David Harding, Christopher Wu, William Vandersloot, Peter Salaff, Dmitri Papadamitriou, Bronwyn Banerdt, Jeffrey Turner, Caroline Warner, the Cavani String Quartet, the Jasper String Quartet, and the Colorado String Quartet, among others. Eva has participated in numerous summer music festivals including the Aria International Music Academy, Elm City Chamber Music Festival, and Point Counterpoint Chamber Music Festival.

Eva completed her Suzuki teacher training at the Cleveland Institute of Music and she is a certified Suzuki teacher through the Suzuki Association of the America’s to teach cello through all complete levels from Every Child Can through Books 1-10.

Eva is presently on the Suzuki cello faculty of the Vancouver Academy of Music. In the summers, she is a faculty member of the JVL SSPA Music in the Summer in Toronto and the Cremona International Music Academy in Cremona, Italy.

Eva performs with the Vancouver Symphony Orchestra. She plays on a modern cello made in 2016 by Benjamin Wilke.