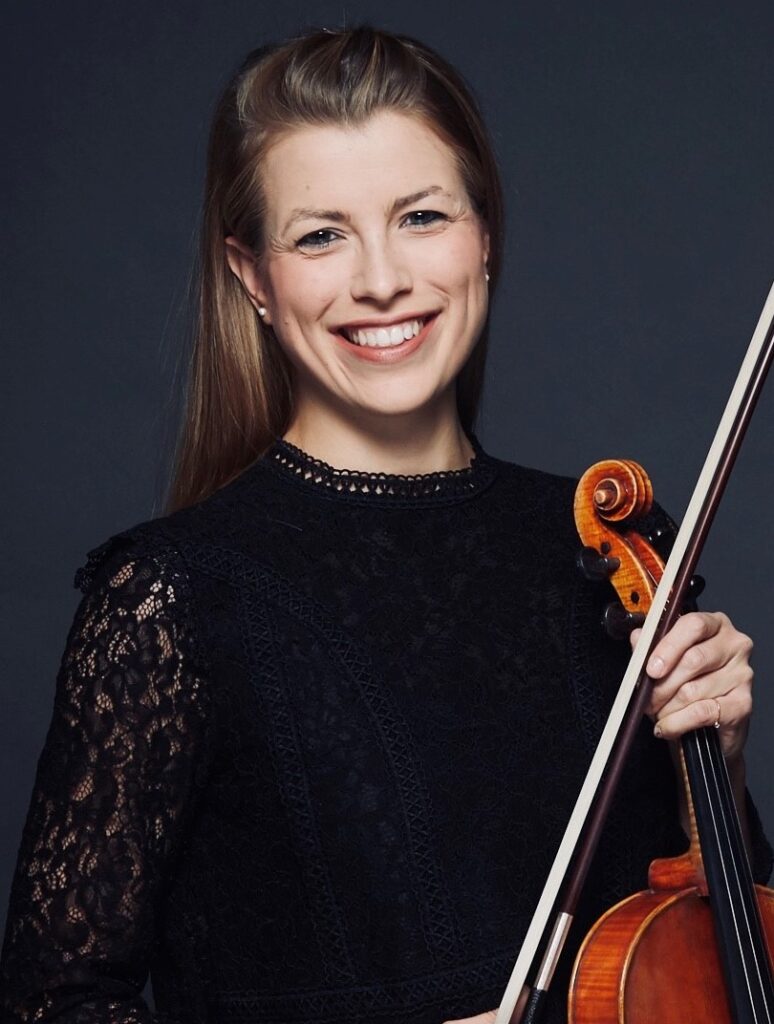 Katrina Chitty is a full time violist in the Vancouver Symphony Orchestra. As a native of Langley, BC, Katrina originally began her musical education on the violin at age four. She studied violin for almost two decades, achieving a diploma from the Conservatoire Darius Milhaud in France, followed by a Bachelor’s of Music from Wilfrid Laurier University (studying with Jerzy Kapłanek). To further her musical education, Katrina then made the switch to viola, and completed her Master’s degree at McGill University under the direction of André Roy.

As a chamber musician, Katrina has enjoyed a multitude of musical opportunities, including a first-place win at the Canadian Music Competition with her ensemble. She spent a year performing around the world on cruise ships with her quartet, and also has presented numerous chamber concerts with ‘Looking at the Stars’ in prisons across Ontario.

Before joining the VSO, Katrina also enjoyed many years of orchestral freelancing – performing with the Montreal Symphony Orchestra, Toronto Symphony Orchestra, National Ballet of Canada, and Canadian Opera Company. Katrina is now happy to call Vancouver her home. When not on stage, Ms. Chitty serves as a Logistics Officer in the Canadian Armed Forces Reserves.